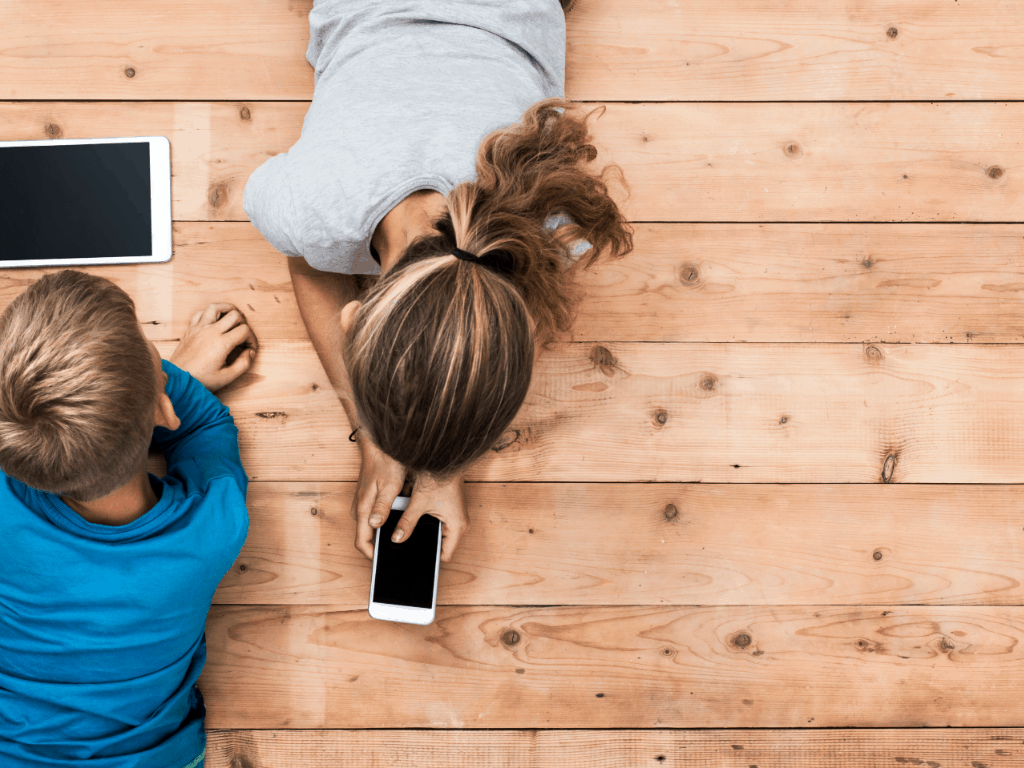 If you’re in the city and you’re looking to get your farming and homesteading fix, look no further. I used to be a gamer and was always interested in the farming and survival genres. A lot of my time went into Minecraft and Runescape, even as an adult. The simple challenge of mining, farming, building, and surviving can provide countless hours of entertainment.

So, if you’re finding yourself with the gathering and farming itch, take a look at these 7 best homesteading games.

Farmer Sim 2018 is exactly what it sounds like–a farming simulator that lets you harvest crops, manage livestock, work on the farm, and play with a bunch of farming tractors and other machines.

It’s available on iOS and Android and at the time of writing has 4.2/5 stars and 3.1k reviews (on iOS). The creator is noted for their realistic simulations and has done other games that involve driving, flying, and boating.

The app is free to play but does have optional in-app purchases.

If you’re looking for a realistic 3D farming simulator to escape to, then Farmer Sim 2018 is a great option for you.

It’s still a 3D homesteading game, but it’s taken up a notch. Or a few.

Life is Feudal is a historically accurate, medieval, hardcore sandbox RPG and MMORPG. That’s quite a title!

Basically, it’s a challenging role-playing game that you can play online with others.

Filled with looting, raids, crafting, and more, players get a lot of flexibility in what they can do. The sandbox aspect is appealing for homesteaders, as you can shape the landscape and even towns to your liking. The progression system is also well done as you build stats and skills throughout the game.

The creators of Life is Feudal describes the inspiration behind the game as the period of history between the “fall of Rome ‘til the rise of gunpowder in Europe”.

While the game received a 6/10 on Steam, it has a “90% liked this video game” from Google users. Initially released in 2018, you can find Life is Feudal on Steam on Windows computers (sorry Mac users, I feel your pain).

Full transparency here, I’ve never played Stardew Valley, but it’s one that I’ve heard SO many times over the years and has popped up constantly while researching this post.

A little about the game: at the start, your character inherits their grandfather’s farm. The only thing is, it’s overgrown and rundown. Starting from nothing, you have to clean it up and start building from the ground up.

There are a ton of things you can do. Here are some examples:

Stardew Valley was released in 2016 and has a whopping 10/10 rating on Steam with over 200k reviews. If that doesn’t speak for the quality of the game, I don’t know what does.

You can find Stardew Valley on all of the major platforms including Steam, Nintendo Switch, PS4, Xbox, iOS, and Android.

Harvest Moon is another farming simulation game that first came out in the late 90s and has had many new versions since.

If you’re a big Nintendo fan, this game is for you. It definitely has the cute 3DS/Wii feel and is coming to the Switch soon.

With a similar plotline to Stardew Valley, your character is also tasked with maintaining the farm inherited from his grandfather. The main goal is to restore and build the farm that is in disrepair.

Like Stardew Valley, there are many tasks you can do.

The game can become challenging because if you ignore your farm, your plants won’t grow and animals can become sick, starved, or eaten by wild dogs.

I’m a little biased here. I’ve logged many, many hours playing Runescape and almost all of them were enjoyable. There are almost countless things you can do in this game (and many of them relate to homesteading).

Here are a few:

While there are two main versions of Runescape, the one I enjoyed most was Old School Runescape. With OSRS, the creators recently revived the 2007 version of the game, and even made it available on mobile! (the quality and experience is still great and iPads play it well too). Old School Runescape has the original graphics and is basically a time machine from 2007.

Again, while I am biased here, Runescape is a great game that takes patience and allows you to build skills, farms, and reap your rewards. This makes it one of my top picks for homesteading games.

The number 1 thing that people think of the most when they hear Minecraft is, “Isn’t that a game for kids?”. And it’s understandable, kids LOVE Minecraft. But go on YouTube and you’ll see people of all ages playing.

Minecraft is one of those games that you can either scratch the surface and still have fun, or you can get into all of the complicated mechanics and formulas and build something truly awesome.

There are two main modes that most people play in. Creative and adventure. I personally like adventure because it tests you a bit and you have to find shelter from zombies, skeleton archers, and creepers (they blow up).

Minecraft has one of the most enjoyable farming and homesteading experiences I’ve ever seen. Not only can you grow a large number of crops, but they all require different light, water, and even can benefit if you start beekeeping near them.

Livestock options include chickens, cows, sheep, sea turtles, fish, and so many more. Like the crops, they all have different requirements.

The best part about Minecraft is whenever you get bored of farming for a bit, you can take off and adventure (just make sure to bring a compass so you don’t get lost).

While the Fallout series doesn’t offer the in-depth farming and building that Minecraft offers, it is a GREAT survival game. You will get some mixed opinions depending on who you ask, but I started on Fallout 3 and was blown away.

You start in a vault as a survivor in a post-apocalyptic world and have to use the barren landscape to your advantage. You’ll have to face raiders, and a host of radioactive creatures like giant roaches, ghouls, scorpions, and powerful beasts called Deathclaws. Oh, and Liam Neeson’s your dad (he’s the voice actor).

If you’re looking for an RPG that’s less about farming and more about survival and scavenging, Fallout will make a great choice.

Fallout 3 came out in 2008 and is available on PC, PS3, and Xbox 360. If you have newer consoles, Fallout 4 is still an option (sorry again Mac users. I know the struggle. If you’re technically skilled, you can try installing Boot Camp to run it).

But a fair warning, the most recent Fallout games has dropped in quality (there’s some controversy around this and the creator–Bethesda). So, if you want a safe bet, go for Fallout 3 (and maybe Fallout 4 if you want better graphics with a bit shallower gameplay).

If you’re interested in more games, check out these PC games on Amazon.

Survival and homesteading video games always have a place in my heart. I’ve spent so much time gathering, farming, and scavenging for resources in many of them.

However, if you’re stuck indoors and have a craving for real-life farming or homesteading, know that there still some options.

While today, I prefer learning skills I can apply in life (I’m currently growing microgreens), I occasionally dip back into some of these games for a quick escape.